It was the second time in three years that I was in the US during Halloween. The first time it was exciting to see it as a grand masquerade ball that spilled over to the streets, a party that everyone was invited to, and a time when candy sales reached an all-time high in the US. It was like watching a thriller movie the first time. You get lost in what’s happening without trying to figure out why it is happening.

Celebrated on October 31 each year, Halloween comes to America from a mix of ancient Celtic practices, Catholic and Roman religious rituals and European folk traditions. Blended over time, modernized and made fun for children it is today one of the most celebrated and enjoyable community-based children’s holiday in the US. 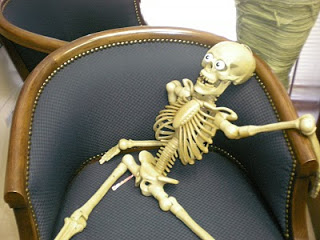 Straddling the line between fall and winter, plenty and paucity and life and death, Halloween is a time of celebration and superstition. Halloween has long been thought of as a day when the dead can return to the earth, and ancient Celts would light bonfires and wear costumes to ward off these roaming ghosts.
Perhaps Michael Jackson’s writer Rod wrote his words for Thriller after Halloween night. (I quote them below with a link in case you want to go down nostalgia lane!)
Halloween is indeed a day when good triumphs over evil. It’s a time when the wicked are laughed at and (literally) scared away. The fact that Halloween came right between Dassehra and Diwali put things in a newer perspective for me. Having just left India with the smoke from Raavan effigies still spiraling up the sky, it was a kind of repeat performance out here for Halloween.

So houses are decorated with the traditional Halloween pumpkins, black widow spiders, ghoulish mummies, skeletons and scary witches in black hats. Dark devious decorations to ward off the evil. Out there in India, lights decorate every house. A riot of light that lets in no darkness. Eventually everything is the same. New ways of tricking the devil, a different way of fighting evil, the triumph of good and the celebration of the goodness over wickedness and finally whether you scare the evil away with mummies, skeletons, witches or black cats or you welcome goodness with a riot of lights, it ends up being the same celebratory spirit east of the US or west of India. 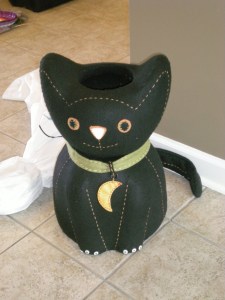 Pics of Halloween party decorations that David Cronnin, realtor from Indiana kindly allowed me to take to represent Halloween. Thanks David.

Thriller lyrics
Songwriter: Rod Temperton
It’s close to midnight and something evil’s lurking in the dark
Under the moonlight, you see a sight that almost stops your heart
You try to scream but terror takes the sound before you make it
You start to freeze as horror looks you right between the eyes
You’re paralyzed

You hear the door slam and realize there’s nowhere left to run
You feel the cold hand and wonder if you’ll ever see the sun
You close your eyes and hope that this is just imagination, girl!
But all the while you hear the creature creeping up behind
You’re out of time

Night creatures calling, the dead start to walk in their masquerade
There’s no escaping the jaws of the alien this time
(They’re open wide)
This is the end of your life

They’re out to get you, there’s demons closing in on every side
They will possess you unless you change that number on your dial
Now is the time for you and I to cuddle close together, yeah
All through the night I’ll save you from the terror on the screen
I’ll make you see

One thought on “Thriller Night”