I am not ashamed to admit that I came across the much-acclaimed Ryan Gosling film, The Notebook through a chance video some fan had made of a song. For the longest time the song In My Veins* by Andrew Belle (link below) was my earworm and I could go on listening to it for hours on end. But coming back to the film: I finally managed to see the film last week!

I’d subsequently heard about The Notebook as being one of the most romantic films ever. Well… I won’t take that away from the film, based on a novel by Nicholas Sparks.  But somehow, I thought it unfair to dismiss it as a love story. Yes, it’s an achingly real, tender tale of how a summer romance endures over years and indeed ‘in sickness and in health… till death do us part’. But for some reason I chose to focus on the ‘sickness’ rather than the health: the mental illness that made the movie so poignant and so painful.

The Notebook is about Allie Calhoun an upper-class girl and her summer romance with Noah – a lumberjack. Torn apart by the differences in class (and to a certain extent her parents) they both go on to lead separate lives. Long story short, (unromantic as it may seem) they reunite years later (yes, very romantic again!), and live happily ever after, post some twists and turns in their romance. And now, Noah is in the old age home looking after Allie, who does not know who he is. And according to me that is what is tugs at the heartstrings in this film. 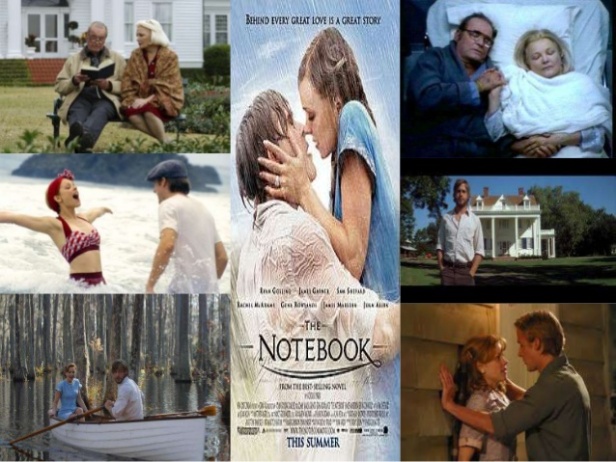 The film starts with Allie in the old age home with the nursing staff helping her get dressed for what seems to be an important day. As the film progresses you realize it’s her birthday. Of course, her husband (who she does not recognize) is around reading to her from her notebook (a notebook she has written in). The film moves between the story building up in the past from the notebook and the day as it passes by. And as it switches back and forth, Allie moves between complete lack of recognition to short snatches of lucidity.

It’s this portrayal of Alzheimer’s that makes the film so special according to me. 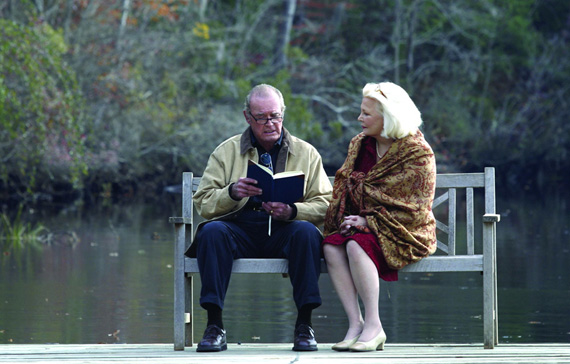 One of the most poignant yet subtle moments occurs when the children have come to visit Allie and Noah at the home where she is introduced to each of them as complete strangers. That evening in a moment of lucidity she asks Noah how the children were – with no recollection of having met them just hours earlier.

Another moment occurs when trying to make her recollect Noah pushes her a bit too far. After a few minutes of lucidity, she slips back into oblivion, screaming for help asking Noah to be removed.
While on one side you see the helplessness of the Alzheimers’ patient, on the other hand you see the anguish of the caregiver as he sees his beloved not only slipping away but having no recognition to him. Truly heartbreaking.

This, this holding on to a feeling that was mutually shared over years is what makes the movie even more romantic than the 365 unread letters or the boat ride amongst the geese or even the showdown they have after getting drenched at the pier.

This is what makes the movie an enduring love story.

Watch if this is your genre. Keep the tissue box ready though.

*The link to the song and the video made by a fan. Both good in their own way!

One thought on “The Notebook (2006) – Enduring in an unforgettable way”